Lack of communication between business and IT prevents transformation

More than 57% of respondents consider that they don’t have skills, allowing them to move toward the digital transformation. Such results can be found in the joint study of Riverbed and Economist companies, dedicated to the modern standards of the digital productivity. Respondents see the key role in IT departments when speak about digital transformation. 63% think that nowadays communication and collaboration between business-blocks and IT departments is enough bad and limited.

As a result, IT departments don’t meet expectations that business put on them, according to Riverbed and Economist experts. "Employees of IT departments, in their turn, explain the failures by the fact that they don’t have the ability to fully implement the changes that are required by the company, both from a managerial and technological point of view", – said Alexander Stulov, head of Riverbed Technology in Russia and CIS. From his point of view, some technological functions can be put on IT employees but not business ones.

Oracle company has conducted its research and found out that more than a half of the innovations offered by companies fail because of poorly structured processes and spraying efforts. Oracle has documented that one third of companies is unable to cope with innovations because of the overage of projects.

Alexander Rodionov, director of the innovation Center Lanit, disagrees with conclusions of experts. According to his observations, innovative projects in Russian companies are usually launched in waves, and if the excessive workload of employees affects the quality of work, the business receives a signal to clarify the criteria of the selection of projects and reduce their number. "Russian companies, as a rule, do it that way, so their statistics don’t correspond to the data of the study on failures because of an overabundance of projects," he said.

Alexey Smirnov, director of innovations, CROC Digital, also disagrees with the data of Oracle. "In Russia the situation is different - there is no excess of projects. Many companies we work and communicate with, on the contrary, have an unsatisfied demand for innovative projects, products and technologies that could benefit their business. In my opinion, the main problems that prevents "to cope with innovations" are: not built processes to work with innovations within the company, lack of understanding of what innovation is needed for, also the disunity of the innovation ecosystem in Russia." 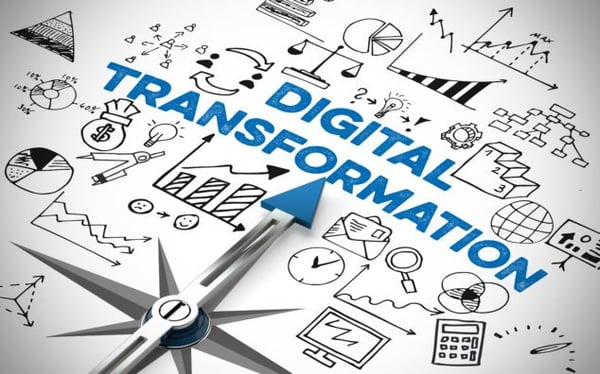 Despite the desire to build processes that stimulate innovations, 22% of companies said that their work processes haven’t been implemented properly. At the same time, 19% of companies noted that the lack of suitable technology is a limiting factor.

21% of respondents consider the lack of obligations on the part of business to be the main obstacle for innovations. CROC Digital specialist agrees with this conclusion and thinks that in Russia this percentage is even higher. "Separate units for innovations or the IT department are beginning to innovate and the business isn’t still involved enough in these process," - said Alexey Smirnov. More and more often the responsibility for the innovation direction is assigned to the top management of the company (48% of respondents confirmed this) and IT departments (46% of respondents), but other functional departments are often responsible for it too (35-41%), Oracle experts note.

Another 22% of respondents note the lack of processes as a barrier to innovations, and also 22% point to the lack of strategic vision, according to the study of Oracle.

22% of respondents believe that deficient investments in technology is a restricting factor to the innovation program. The lack of funding, indeed, is the restricting factor, agrees with the conclusions of experts Alexander Drozdov, head of RAMAX Labs. However, it also happens that it is replaced by interest and motivation of internal resources. "Perhaps the most important thing in this matter is to be aware that there are no guarantees of success, and getting a negative result is as valuable as a positive one. Any investment in R&D is a venture and may never come back, but when one of the ideas "shoots", it pays back all costs in multiple amounts, and sometimes becomes a lifeline and a motivation for rapid growth in a developed competitive market," he said.

Among the most popular ways of digital skills development respondents marked IT transformation (51%), development of inner culture and management (45%) in order to guide all the transformation the right way, note Riverbed and Economist experts. What are the most successful companies doing for digital transformation? They adopt different agile-methods, and include CDO in the structure (Chief Digital Officer), told the representative of Riverbed.